The truss rod came loose in the anchor, it was threaded and then peened like the old Gibson truss rods. Unfortunately the peening broke the thread.

Next the filet piece has to be removed. Hot iron, screwdriver... a little less time.... the filet came out in three pieces. It was glued together and straight on an offcut (to the left of the fingerboard in the third picture), and then used as a template for the new one.

Brazing the existing anchor on the rod was opted over making a new anchor, threading it and peening again.

Glue on the fingerboard, neck and truss rod slot was removed. The neck was reassembled, and glued back together, without any issues. I like to use surgical tubing to clamp a fingerboard. It applies a tremendous amount of pressure, evenly and is somewhat self centering. Clean up is a bit tedious.

The truss rod works perfectly and there is no evidence of the repair work. 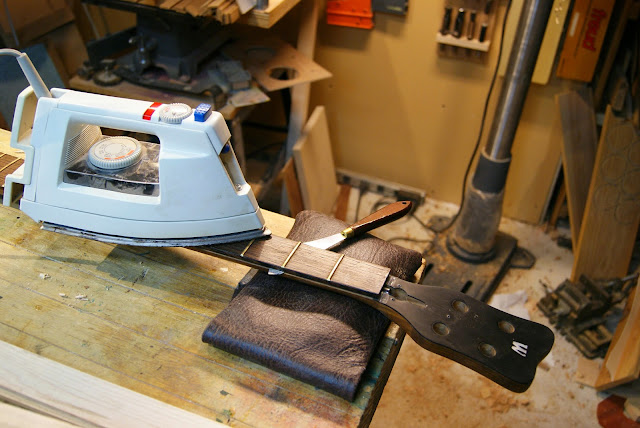 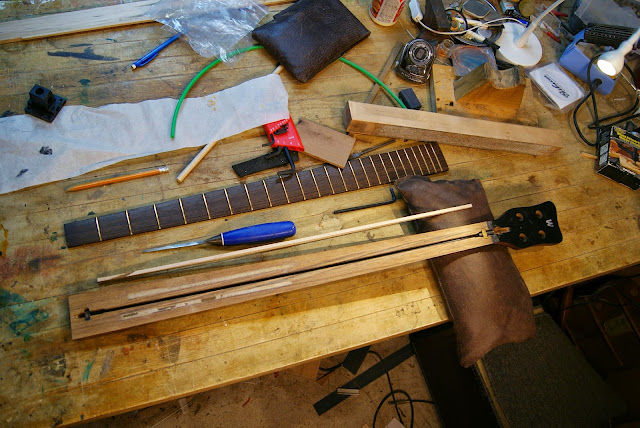 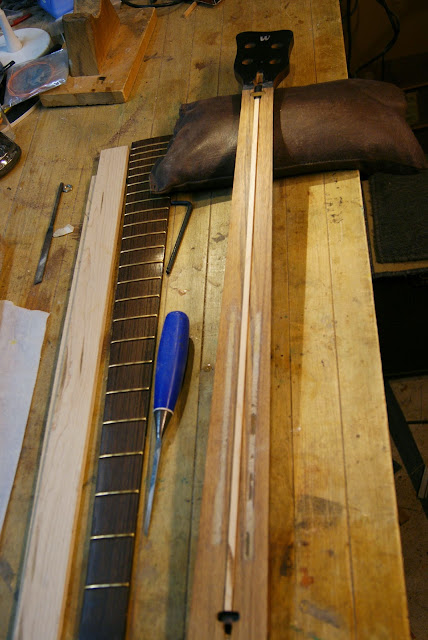 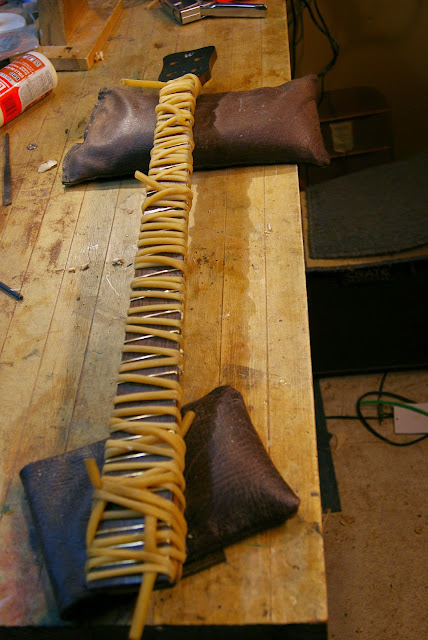 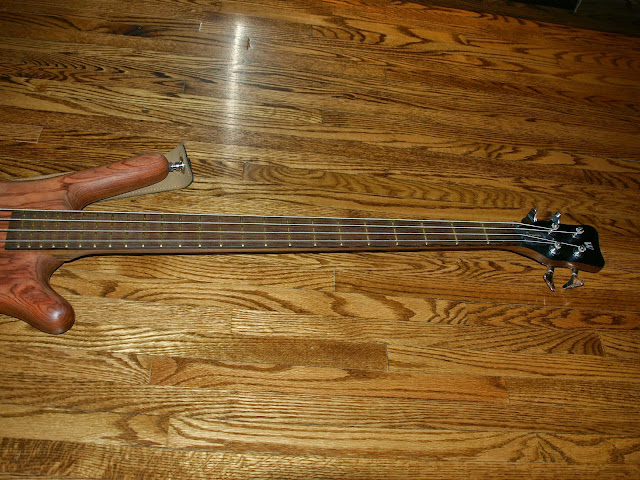