The original system stopped working, the owner was interested in something else. An in house FET powered system was made and mounted in a cover plate that suited the highly figured wood the guitar was made from. imho.
The knobs were made from walnut/mahogany offcuts using a jig with a plug cutter. They were then turned on the drill press and a steel pin indicator was inlaid into them.
While the FET is old school I like it's tube like qualities it plays well with others and is great at warming up piezo pickups. 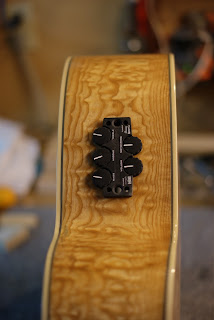 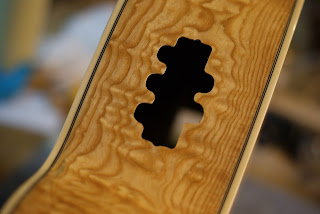 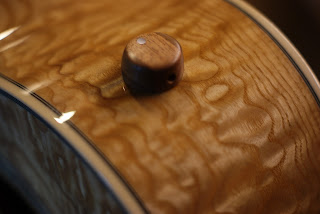 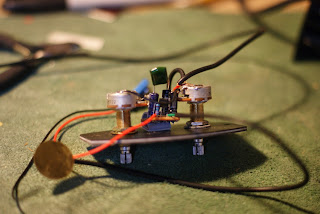 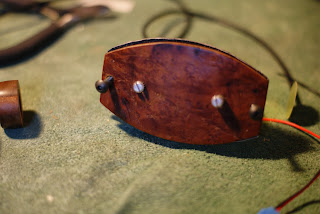 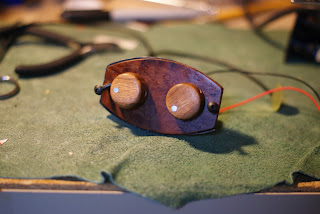 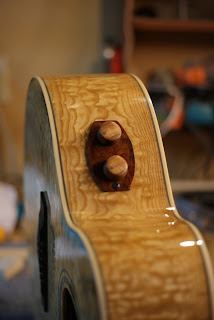 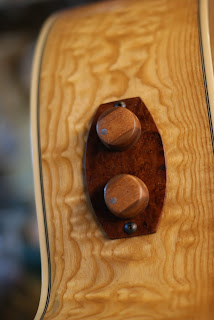 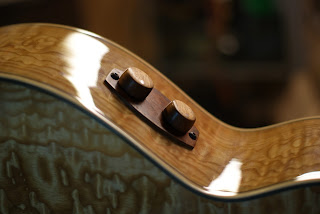 Lee Valley has a hot hide glue pot and warmer that's a "replica of a classic Landers, Frary & Clark glue pot". I'm picking one up today and demoing it tomorrow at Lee Valley in Winnipeg from 10am to 2pm. I'll post my experience with it after I've had some time to work with it.

Here's a llink and picture.

Airline damage
The damage to Guitars through air travel seems to be a much higher percentage than Guitars damaged through shipping. Someone should do study.
After a lengthy assessment and conversation with the customer it was decided….The damage to the side couldn't be repaired in place, the decision was made to remove the damaged area and either replace it or repair it. It was removed by scoring the perimeter with an xacto blade until it cut through.
The top crack was glued together and reinforced with spruce cleats. A rosewood cleat was  attached to the side to support the piece that was removed. Kerfing was made to replace the missing and damaged kerf. The hole in the side made clamping these repairs possible.

Initially there was some effort to save the damaged piece by:
1.removing the damaged area
2. removing the inside layer of veneer
3. preparing a new piece of veneer
4. making a mold
5. gluing it all together on the mold
6. gluing the repaired piece back in the guitar

It didn't work, it almost worked, but the piece wanted to over bend and there was no way to adjust it.
A new tactic was needed. Inspired by Patrick Edwards video on using a veneer hammer and hide glue. A stylized figured maple and black walnut pattern of the owners initials was decided on. Facebook was crowd sourced for the final decision on maple/walnut or walnut/maple.

The method: The veneer was glued on a ¾” thick piece of birch using hot hide glue and a veneer hammer. Once dry the piece was resawed slightly thicker than the side thickness and then thicknessed with the *belt sander jig.
The birch was orientated perpendicular to the side grain to add strength.
The piece was kerfed full width on the Fret slotting saw so it would flex to the curve of the side.
Once the piece was fitting and conforming perfectly to the side a clamping solution was needed. Go bars… a clamp that works like a convenient finger. The guitar Troji was used to hold the guitar bottom side up and a piece of plywood was screwed to the furnace vent. The go bars were bent between the bottom of the guitar and the plywood on the ceiling.
After the glue dried the patch was masked off and clear coated. Marshall Williams actor/singer/songwriter was very happy with the repair. Finished with Glee, he's on the coast writing songs and waiting for his next acting gig. 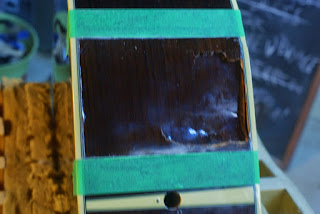 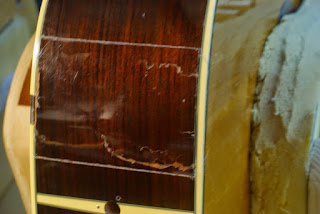 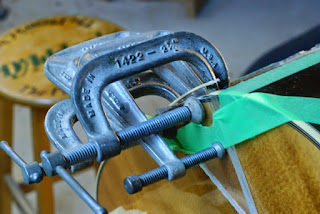 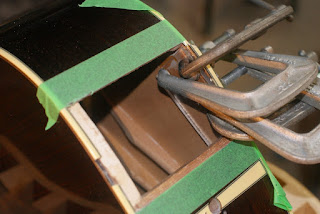 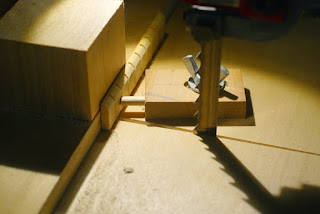 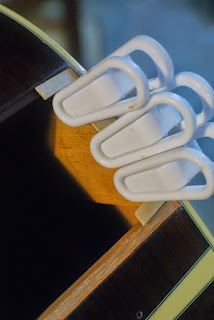 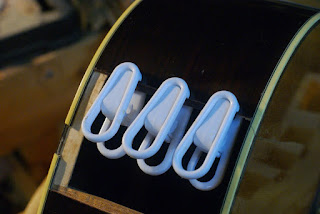 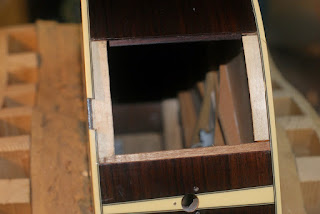 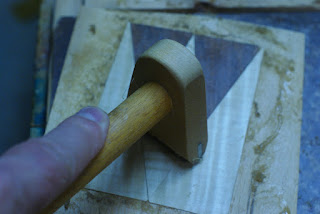 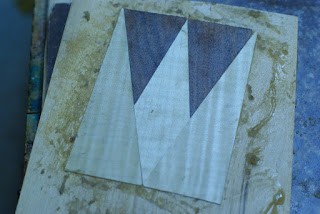 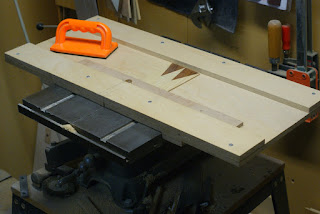 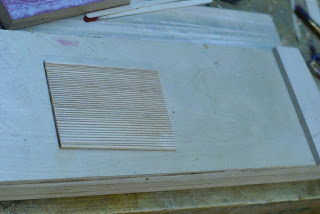 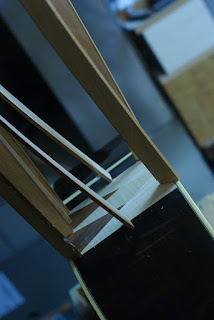 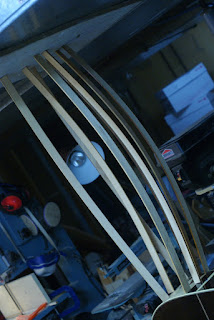 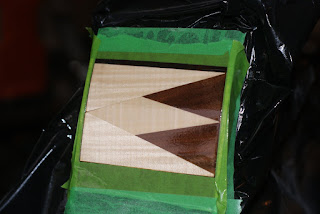 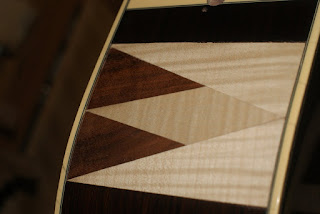 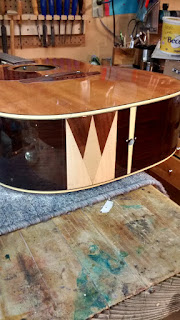 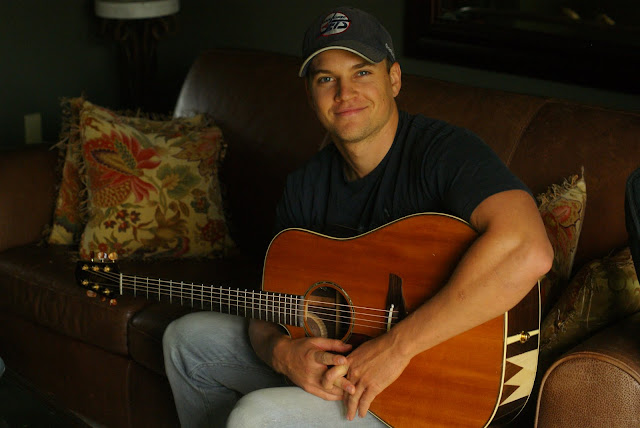